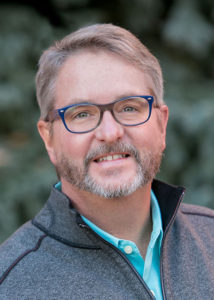 Dr. Scot Graham is originally from the Los Angeles area. He attended the University of California, Los Angeles where he earned his Bachelor of Science in Kinesiology. He then obtained his Doctorate of Medicine in Boston, Massachusetts, from a combined program at Harvard Medical School and Massachusetts Institute of Technology. He completed his Residency training at the University of Colorado, where he served as the Administrative Chief Resident. With additional training in South America, Dr. Graham has become fluent in Spanish and treats many Spanish speaking patients.

He has been part of South Denver Obstetrics and Gynecology since 1996. His special interests include high risk pregnancy, obstetrical ultrasound, urinary incontinence and pelvic prolapse, laparoscopy and hysteroscopy. Dr. Graham also specializes in hormone optimization. Through these sub-specialties Dr. Graham provides broad based care for women, which he feels makes for a positive patient-doctor relationship.

In Dr. Graham’s free time, he enjoys spending time with his wife, Angie, a registered nurse in the field of obstetrics, and their three sons. He is an avid runner, snow boarder, and gardener, and also dabbles in cooking, hiking and photography.